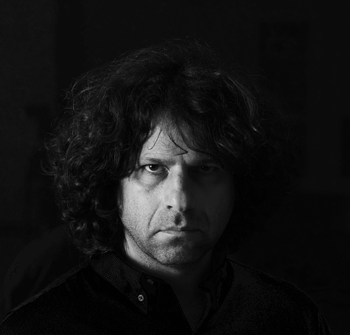 Yuval Chen was born in 1968 in Pedaya by the Ayalon Valley, Israel. He majored in photography in Tichon Ron Rehovot highschool and joined the IDF in combat position. On his vacations from the army he started to feel the urge to point lenses instead of rifles.

His unit sent him to a combat photography course, which he did not practice until his discharge.

After travelling to South America, Yuval started studying cinema in Camera Obscura School of Art, and in his last year of school left to work full time as a photojournalist in Yedioth Aharonoth group.

Between 2003 and 2007 Yuval worked for several indie publications, among them the ambitious “42 Degrees“ magazine, which changed its name to “360 Degrees“ before shutting down, after which Yuval returned to Yedioth Ahronoth group.

Yuval showed his work in a number of exhibitions: an independent exhibition under the title Hedgehogs, a solo show at the Artists House, Tel Aviv, 2008.

In 2011 he made the short list of finalists in the yearly photojournalist exhibition Local Testimony, and again in 2014, when his photograph of IDF soldier Guy Elgarnati’s funeral during the summer war in Gaza 2014 won the title Photograph of the Year.